I’m not going through the whole season of RHOBH because I’m sure most of you who watched is fully aware of how messy Kyle, Teddi and Dorit have become. No need to add Rinna in the mix, she’s been messy the whole time.

The season seemed to revolve around Lisa Vanderpump and her rescue organization Vanderpump Dogs when Dorit who adopted a Lucy from Lisa, gave the dog away in secret due to Dorit claiming Lucy was attacking her children and her husband. The person she gave it to apparently didn’t want this poor dog either, so she dropped it off at a kill shelter. Because LVP has her dogs chipped, when Lucy was scanned at the facility, her organization was called to have the dog picked up, which now ensues the drama. 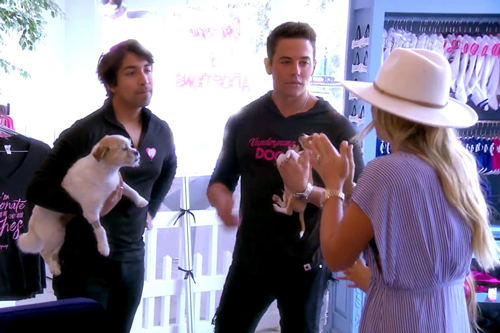 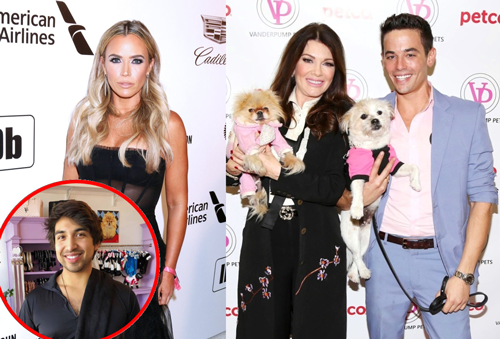 The back and forth of Teddi knowing and not knowing. Her friendship with John Blizzard who took responsibility for reporting the story to Radar (or he could have been just saying that because Lisa directed him too?) I mean there were all sorts of comments spewed back and forth.

It wasn’t until the story was reported on Radar, when Kyle went to make a visit to confront and unknowing Lisa, who greeted her with open arms and the confrontation ends in an argument with Ken pointing his finger in Kyle’s face, Lisa telling her to see herself out and Ken screaming, “Goodbye Kyle”.

The infamous “goodbye Kyle” challenge (if you consider that shit a challenge - no charitable organization got shit from it) , as she tried to make it into some kind of a joke when people were recording themselves saying goodbye Kyle, only confirmed what a bunch of idiots Kyle and all her little minions are.

I used to like Kyle, however, I never liked her sister because while she was going around saying she was sober, I knew she was not. Whether it’s television or not, as a recovering person with over 28 years of sobriety, I can tell the look in Kim’s eyes – she was not near even close to being sober. It’s insulting when someone is walking around claiming to be clean and trying to make fools of people, the bitch might as well have been walking around with a bottle of vodka.

Once I started to see how Kyle began separating herself from LVP with the back and forth of “I’ll be your friend today but not tomorrow”, and never coming to her defense when something happens where LVP looks like the liar, only made me suspicious of her true friendship.

Look, how many of these bitches think they are perfect, they never lie, they never gossip, their shit don’t stink, they don’t owe any money, there’s always some excuse as to why when they are being sued, it’s wrong information.

Do I believe all of these women are living beyond their means, with the exception of Camille, Kyle (believe it or not) and Denise, I think the rest of the woman are over the top. Erika who can’t make up her mind if she’s Erika Jayne or Erika Girardi, Rinna who thinks she’s Erika, plus investing in everything she can so she can live above her means, Teddi, who said she would never be that glam woman, look at her now.

All full of shit. Every last one of them.

How they talked about Lisa was incredibly childish and stupid.

Would I suspect Kyle had it in for LVP for the last few seasons, yes.

Why would anyone want a friend like Kyle? Nope.

As for Teddi and puppy gate, I think she was in it all the way. She was fully invested in the lie and then to escape it, she threw LVP under the bus. I mean according to last season, I really didn’t see a closeness between LVP and Teddi other than horseback riding…also think about this, this is “reality television” so these women will establish a relationship for the cameras and nothing more. To suggest or even think they are hanging out together off camera, I’m sure 99% of the time, they are not.

Also, I don’t like Teddi, never have, I think she’s full of shit and so if you’re reading this thinking I’m giving Teddi a pass, forget it.

Andy wasted no time playing clips of the women throwing each other under the bus. But it’s funny how forgiving they were to each other, that is until Camille came in.

Once again, I’m with Camille on this one. She said she had a funny feeling about Dorit about not being real. Bitch has a fake accent, however, I will say this, in Dorit’s defense. If you’re hanging out in another country for several years (if she did I’m just generalizing), there’s a good possibility you will catch the accent. It happened to a friend of mine when she moved to London while were in Jr. High School, so because she lived there for most of her life, she caught the accent. However, when she moved south, she caught that southern twang accent, but still says LITRALEE ( say it in a British accent).

I digress, but I’m making a point, not just about the accent being fake but Dorit being fake as a whole.

When Camille showed up, they all ganged up on her, because she was calling them out for ever bullshit and Denise who just got there, made her seem like she was losing her mind, turning to Dorit saying, “is she all right?”.

I mean Denise really…why are you there? To talk about your man’s dick?

Yeah we get it, it’s big and you let him get a happy ending at a massage place…whatever.

While all of these women showed their true cunty side, I think most people were only watching the show because they truly enjoyed LVP.

When Brandy left, no one gave a fuck. At least I didn’t. But let me bring up a certain point, how Brandy didn’t get fired when she slapped Lisa, but when Porsha got into a fight with Kenya, she was gone for a whole entire season…why was that Andy Idiot Cohen?

As you may have guessed, I’m not a big fan of Andy but he’s a great instigator and he loves to jab at these women right where it hurts. He does ask those questions, the tabloids talk about so in that regard, he’s not that much of an idiot.

As I said I wasn’t going to do the play by play, just offer my two cents in the stupidity of these women and their aspirations to be nothing more but messy ass women.

So Many Things To Catch Up On!

Have You Ever Asked Yourself, “Where did we go wrong?”