The Calms Before the Shahs of Sunset Storms 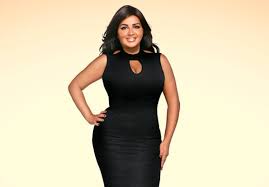 From last week’s episode the promise of drama ensued with episode two, Reza having a fight with Ali, someone who has infiltrated himself within the group. Ali’s disturbing conversation with Destiney had left her at a crossroads after hearing Ali making accusations Adam has been sexually harassing him and several other men via text messages.

It all began in last week’s episode, when Destiney met up with Ali who shared the tea with her and claiming the information came from MJ. Apparently MJ was accused both Reza and Adam of cheating on each other and having an open relationships with other men. According to Destiney, it was instructed via MJ, Ali should go back and share this information with Destiney, leaving her at a crossroads as how she would tell Reza what she just heard.

Upon having watched these two episodes, I have serious issues with her reaction. Her shocking behavior made me wonder why she was believing this dude Ali, knowing what a trouble maker he is and not once did she say, if you have all these thing to say about Reza (we’re talking about a 30 year friendship she has with Reza). That was the time she should have picked up her phone, called Reza and tell him what conversation was just exchanged between her and Ali. Where are the scales that measure her friendship with Reza and her friendship with Ali being as though he’s been around just a few short years?

With the gossip at hand, Destiney didn’t know what to do with the information she heard and again, instead of going directly to Reza, she went to Mike, trying to seek advice on how to approach Reza with what Ali had shared, instead of just going to Reza directly.

Now that the cat was out of the bag, so to speak, Reza asked Destiney to set up a meeting with Ali and as soon as Reza walked through the door of the restaurant they met, and Ali opened his mouth, Reza’s drink went flying in Ali’s face, especially after hearing MJ was the orchestrator in this mess.

Now let’s rewind a little bit. In the second episode, we see MJ on her way to the hospital to have a C-section, as she was having a difficult pregnancy and matters became urgent for her to have her baby.

While MJ was apparently in ICU, (which is where we presume she is when Reza called her), we now see Reza make a call to MJ asking her did she say anything to Ali and had Ali go back to Destiney, accusing Adam of sexual harassment.

This conversation with Reza and MJ (although no cameras were on MJ at the time of the call) had social media followers of Shahs in an uproar as people were name calling Reza for contacting MJ as a sensitive point in her life.

She just had a baby, followed by an emergency hysterectomy, not leaving her much of a choice because it was literally a matter of live and death.

People accused Reza of having no compassion and didn’t even take the time out to congratulate her, instead trying to clear Adam’s name was more important.

Okay, let me play devil’s advocate here. We all must remember all of these shows are edited to make things look more dramatic (like the Bachelor). That being said, I find it hard to believe (my own personal opinion), that Reza actually called MJ while she was in ICU and that MJ was coherent enough to take a call to argue with Reza right back.

But that’s what we saw play out on television, so I will leave it at that.

Whatever the situation is, whatever has transpired before filming began again, clearly MJ and Reza’s friendship is on the outs again.

In the meantime, in more baby land news, GG has been going through her IVF treatments with much success as her uterine lining thickened enough for her to carry her first baby. To say GG pregnancy looks beautiful on her is an understatement. I always respected a woman to carry a child, to go through childbirth and to raise their baby as an adult (responsible is another story).

GG has much of an anger history with a trail of apologies that followed. With her business Wusah doing well (we presume), we can only hope motherhood would make her a responsible parent.

And speaking of responsibility, Mike and his brothers are now in the beginning stages of building a new complex and Mike’s parents have concerns about the project management aspect this new building. Being Mike’s brother’s have their own career’s, it would be difficult to maintain a presence, which of course leaves Mike with the responsibility of project managing this job. His parents are having trouble having faith in their son while Mike reassures them he will handle all of this accordingly.

I like Mike. I like his aspirations to never give up, even when projects fall to the way side. Maybe he gets bored? I don’t know. But I would love to see this building go up and I would like to see Mike be super successful.

As for his relationship with Paulina….I’m not too sure LOL.

His ex-girlfriend, Erica, still works with him. This was definitely a missed opportunity from last season, as we could have seen the challenges of Nema and Erica who still had to work together after their break up. Why didn’t we see that? Instead we were stuck watching him pine away at GG who had more fun teasing him, than actually wanting to pursue a relationship with Nema.

Having said that, we hear more excuses from Nema who mentions how Erica was the right girl who came at the wrong time in his life and still had feelings for her.

Hmm, I don’t know. I mean it would just be easier for Nema to say, I fucked up.

With friction happening between Destiney and Reza, her plant gift didn’t make Reza feel any better since her card didn’t include an apology. But sweet Adam, was able to convince Reza to contact her regardless and he did.

It wasn’t a nice text LOL as he mentioned he didn’t trust her because she took the side of an enemy but she was invited to the mud run which she did attend.

And when she arrived and had her conversation with Reza about what happened, the target was now pointed at MJ.

With the mud run being a success and everyone coming together and having fun, this episode is just the calm before the storm.

How Much Should You Share When In a Relationship